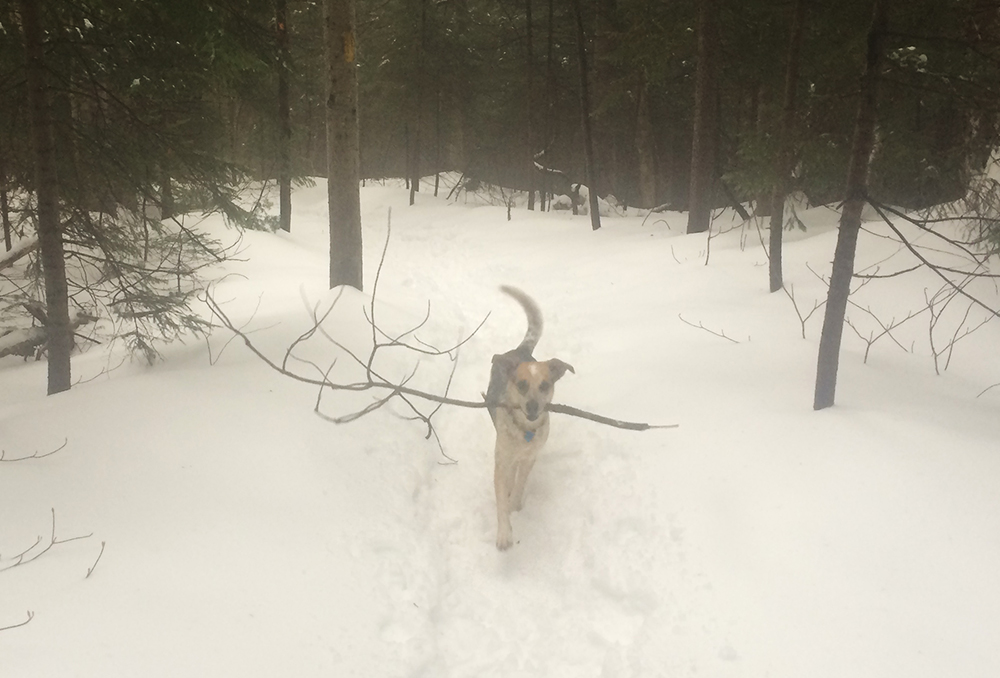 Icy roads and slow going led to a sudden change of plans this fine, foggy, Sunday morning. The original plan was to drive 4.5 hours and hike the 10.6 mile loop around Cabot Mountain, bagging Mike and Mya’s #47. But, due to road conditions and fact that it took 3 hours just to get to the Whites and would be another 2-3 to get to Cabot, we made a last-minute decision to summit Mount Tecumseh instead. Tecumseh is the littlest 4000 footer of them all, just barely making the list at 4,003 feet. It’s also a summit Su hadn’t bagged yet, so we decided it’d be a nice little last-minute day hike for the three of us.

The climb up Tecumseh was nice and gradual, leading up to some steeper parts towards the summit. The trail skirts the right side of Waterville Valley Ski trails. We parked in a crowded parking lot full of skiers and snowboarders, who were bummed about the crummy conditions on the slopes that morning.

We had other plans… and knew that a little fog and icy rain wouldn’t affect them!

The conditions didn’t seem to stop a snowboard competition which added a soundtrack to our early afternoon assent. It was nice to have some tunes as we hiked, it even got Su and I dancing a little as we tried to make the most of a gloomy day.

Mya collected sticks, insisting on carrying the biggest one possible up to the summit. We made our way up Tecumseh. As you approach the summit the trail splits in two at an indecisive sign proclaiming “<— Summit —>“, we chose to take the “road less traveled”, and took the right trail that no one else had taken. It was nice to break trail and make fresh tracks in the snow, as we took the trail around to the right and up to the summit.

After a chilly break and a few stick tosses at the summit, we headed back down the well-travelled trail, past the indecisive sign, and down the main trail towards the parking lot. We passed several other hikers on their way up as we descended; some with skis and the plan of skiing down the slopes. Roughly halfway down I noticed a discrete side trail that led out to one of the ski trails and a chair lift. We took a short break by the closed ski lift, getting some hoots and hollers from skiers that noticed us.

It was a nice day for a foggy hike and to top it off, Su and I decided to have a beer and some lunch at the ski lodge. Mmmm: warm fingers, cold beers and fries! 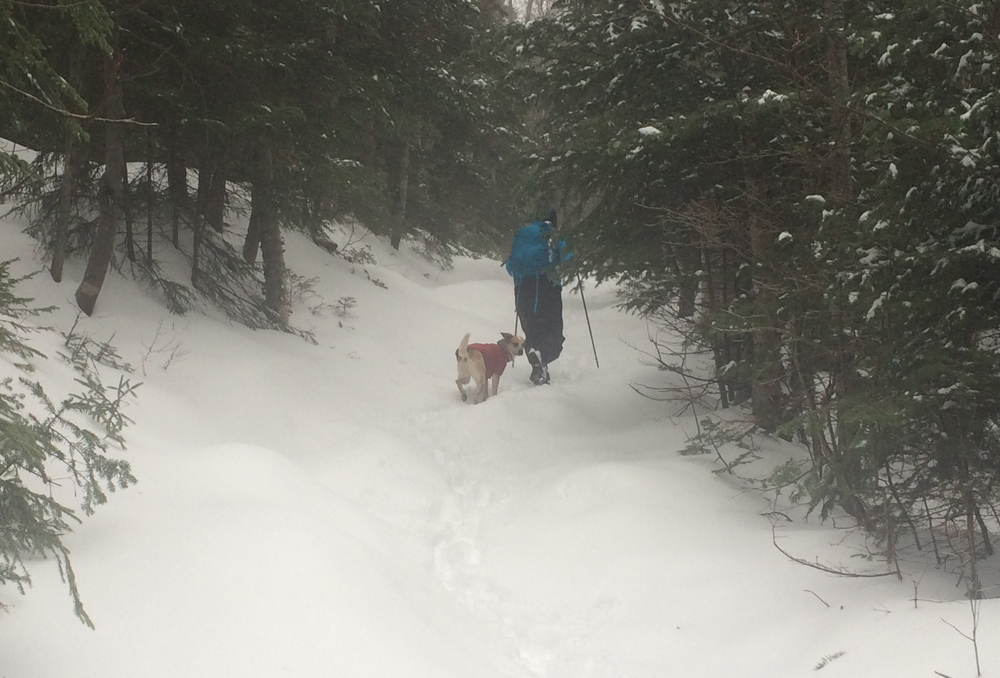