Once upon a time, Mike was vegan.  In a kingdom far, far away, Su ate lots of organic veggies.  Sugar was an uncommon occurrence.  Portions were considered and sometimes limited.  Ingredient lists were consulted to minimize preservative intake. 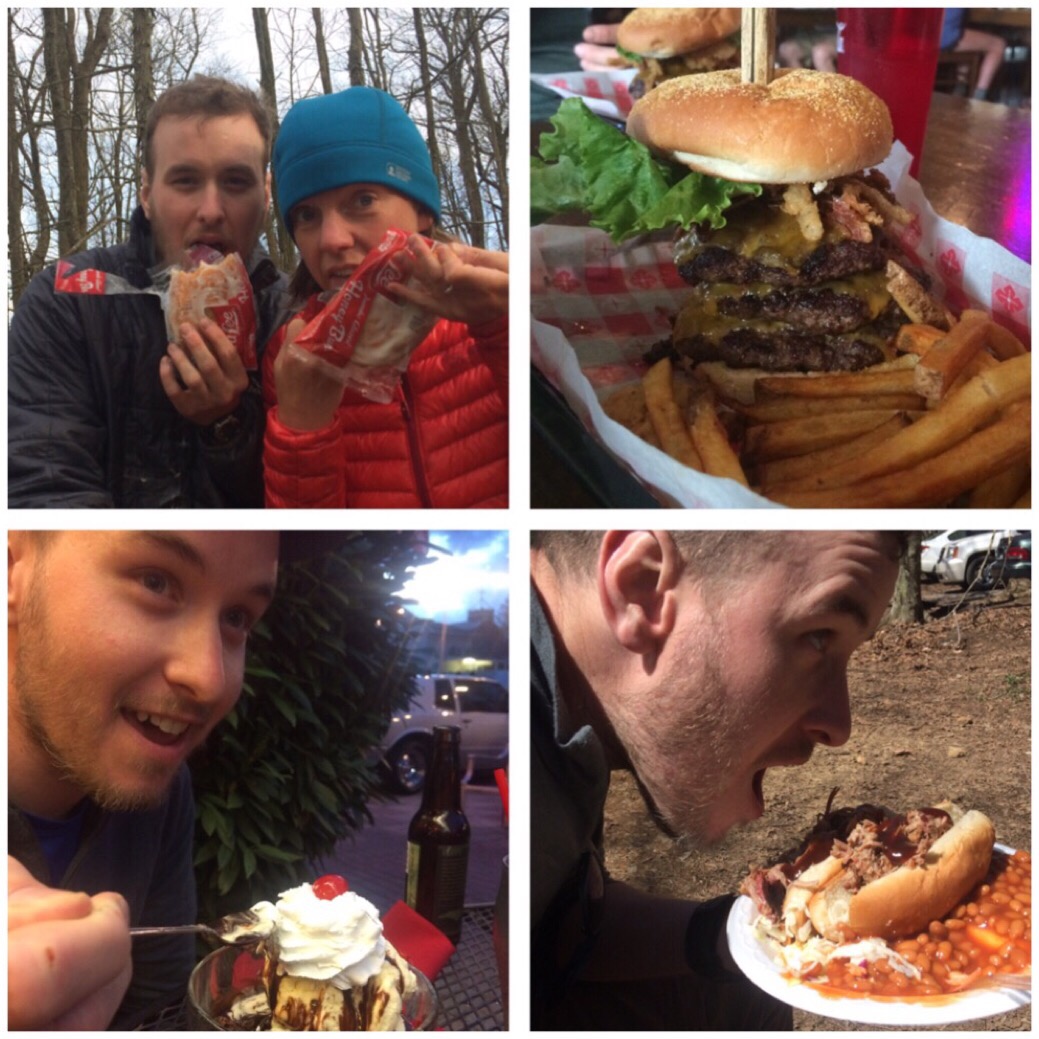 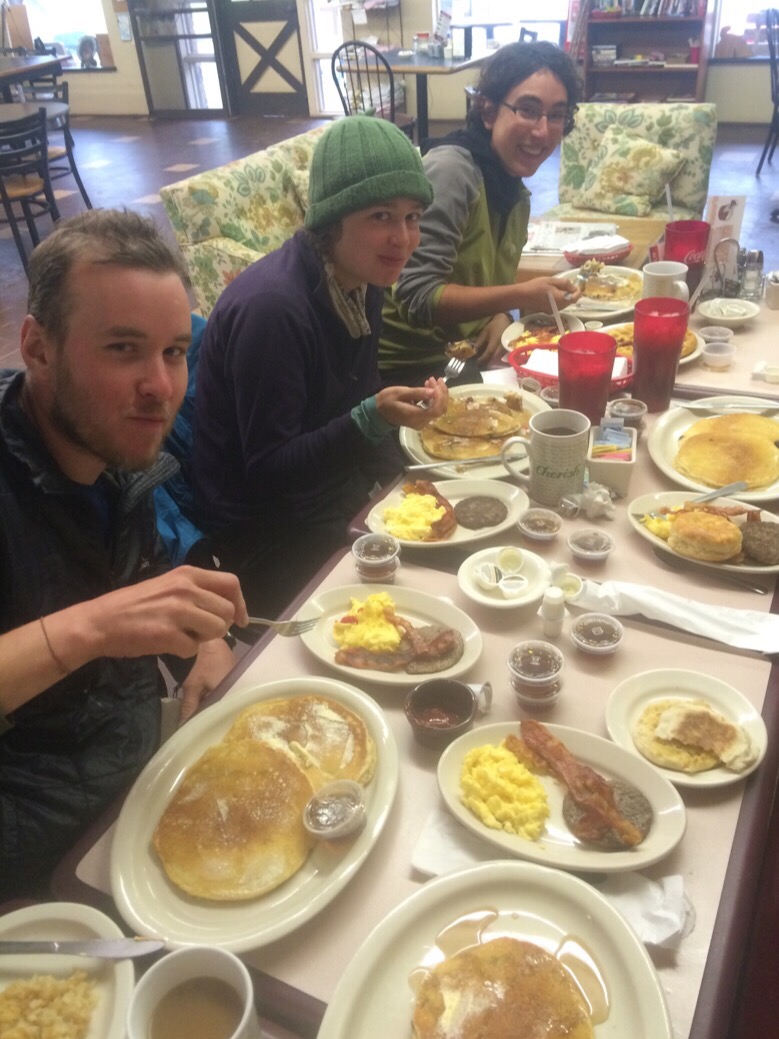 Breakfast = 2 pancakes, 2 eggs, toast, bacon, a side of hash browns or more meat, coffee and OJ…. which fills the belly till second breakfast 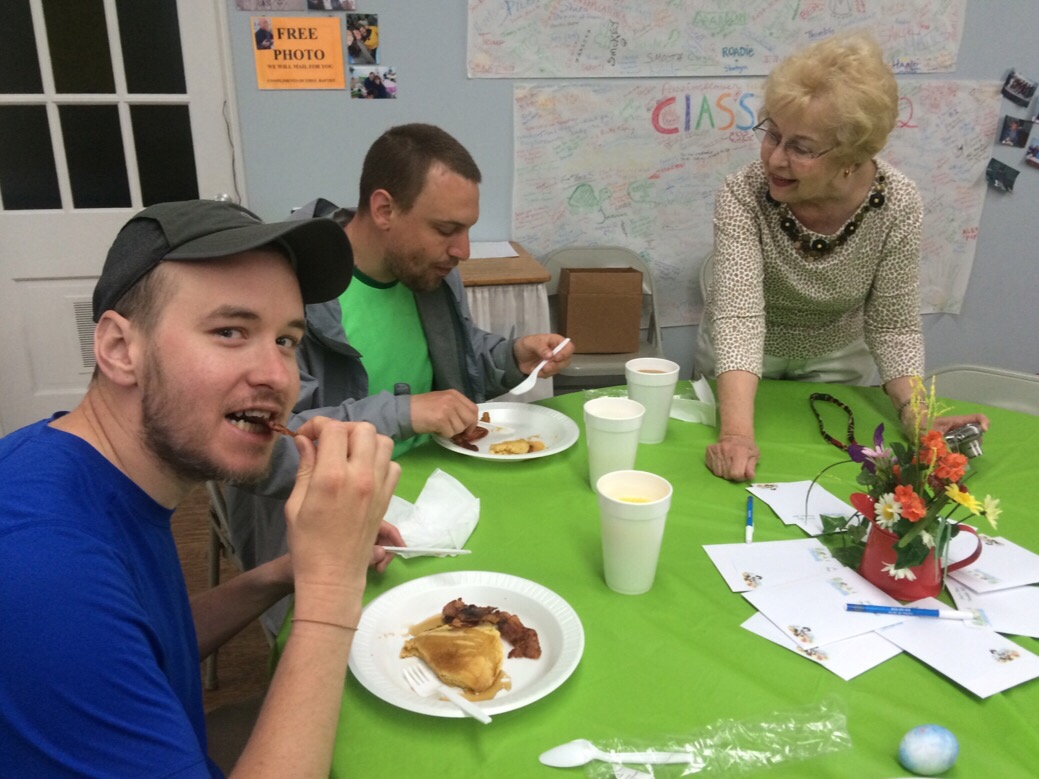 birthday cake equals 12 glazed donuts and an entire can of frosting with sprinkles….three for each person 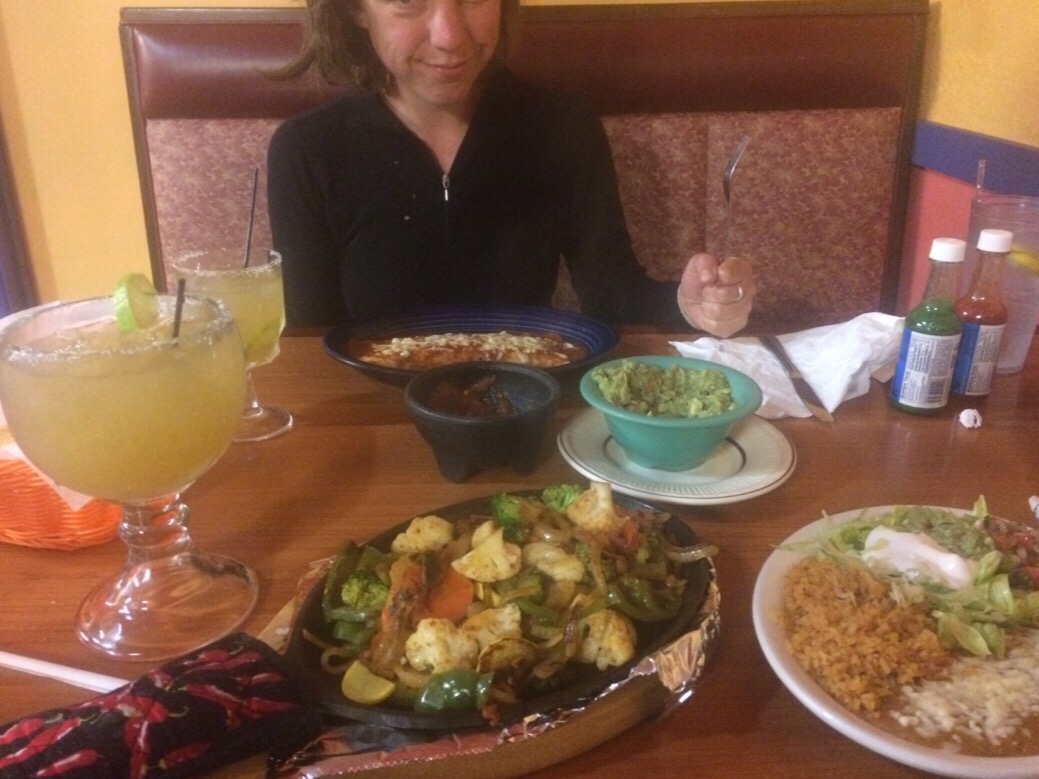 happiness is a full table full of food!!!

yup….it’s hard to eat enough to balance ten hours a day of walking (but we try hard 🙂  And then there are the added considerations of weight, bulk, and nutrient density.

Breakfasts are either bagels/cream cheese or protein bars with what we call a “Poor Man’s Mocha” which is an instant breakfast mixed with instant coffee and shaken with water in an empty peanut butter jar.  Second breakfast, lunch, and afternoon snacks are a round robin of GORP, bars, salami/cheese.    Dinners are ramen, Mac and cheese, and rarely a dehydrated meal we’ve been gifted or found in a hiker box (where hikers toss unwanted items…often found at hostels or outfitters)….and then the uber-exciting dessert course of candy bars or honey buns/Nutella tortillas/etc….then in towns, we feast.   So far, I haven’t lost a darn pound….