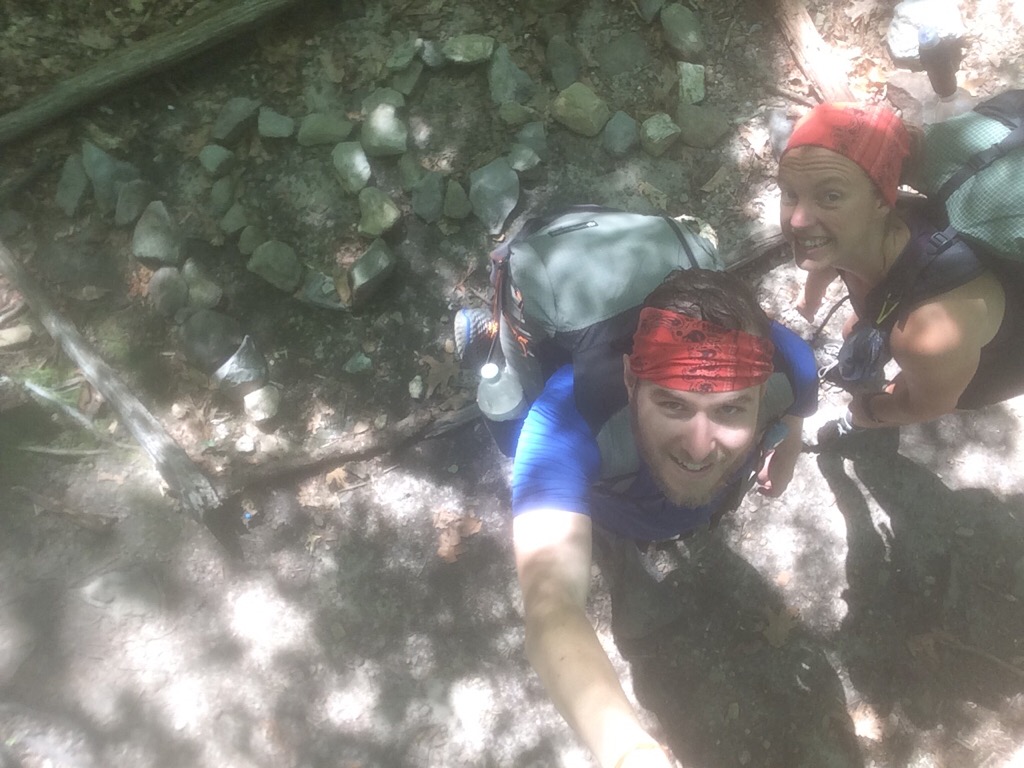 This leg of our journey began in the hiker-friendly town of Waynesboro, VA, where the YMCA let us shower for free and there’s a special park where hikers can set up camp.  We had a delicious encore of Grandma and Grandpa Potato kindness when they set up a table full of brisket and pineapple stuffing for us to spend a lazy afternoon fortifying ourselves.

Then it was up into Shenandoah National Park.  I have to say, it felt like a busman’s holiday.  The trails were flatter, wider, weedwacked (!).  There were “wayside” restaurants every other day with blackberry milkshakes, electrical outlets, and plumbing (what more could we ask for?!).   Mya was a huge hit with the tourists: she must’ve gotten her photo snapped at least 8 times.  We were actually pointed at across parking lots (“look, honey, real thru-hikers!”).  We enjoyed perfect weather, though wildfire smoke from western Canada blew our way via jet stream and gave us smoky smells and vistas for two days.

After the Park ended in Front Royal, VA, it was 2 1/2 more days into the iconic town of Harpers Ferry.  (2 1/2 rugged, rather painful on the knees and shins days; see the map below).  Harpers Ferry, at mile mark 1023 is the honorary half-way point of the AT.  The “real” half-way point is another 70-ish miles down the trail in PA and changes annually due to trail re-routes.  But the AT Conservancy is in Harpers Ferry.  It’s where we registered for the second time and our photo added to a big black binder of fellow hikers.   When we registered for the first time, in Georgia at Amicalola State Park, we were #787 and #788.  (Though many folks don’t register there at all, so it’s not a very accurate count of who’s starting).  We’re now northbound 2015 hikers # 602 & 603 & 603.5….but who’s counting…

After registering, we hiked the last half mile into the Revolutionary War era town of Harpers Ferry.  There’s nothing like civilization to make us realize the state we’re in:  covered in grimy muggy sweat, poison ivy, bug bites, mud smeared calves, no shower since that wonderful Waynesboro Y, tired, hungry, and hurting….and it was then and there that we were scooped up by Clover’s Uncle Tom.  He politely asked which one of us had been sprayed by a skunk…. Only family would put us in their (new!! Omg!!!) car and whisk us away to a shower and a bed.  It’s 2 days later and we’re still lying here….almost ready to get back to it…almost….but I think I’ll go take another shower first…oh, and when’s lunch?!? 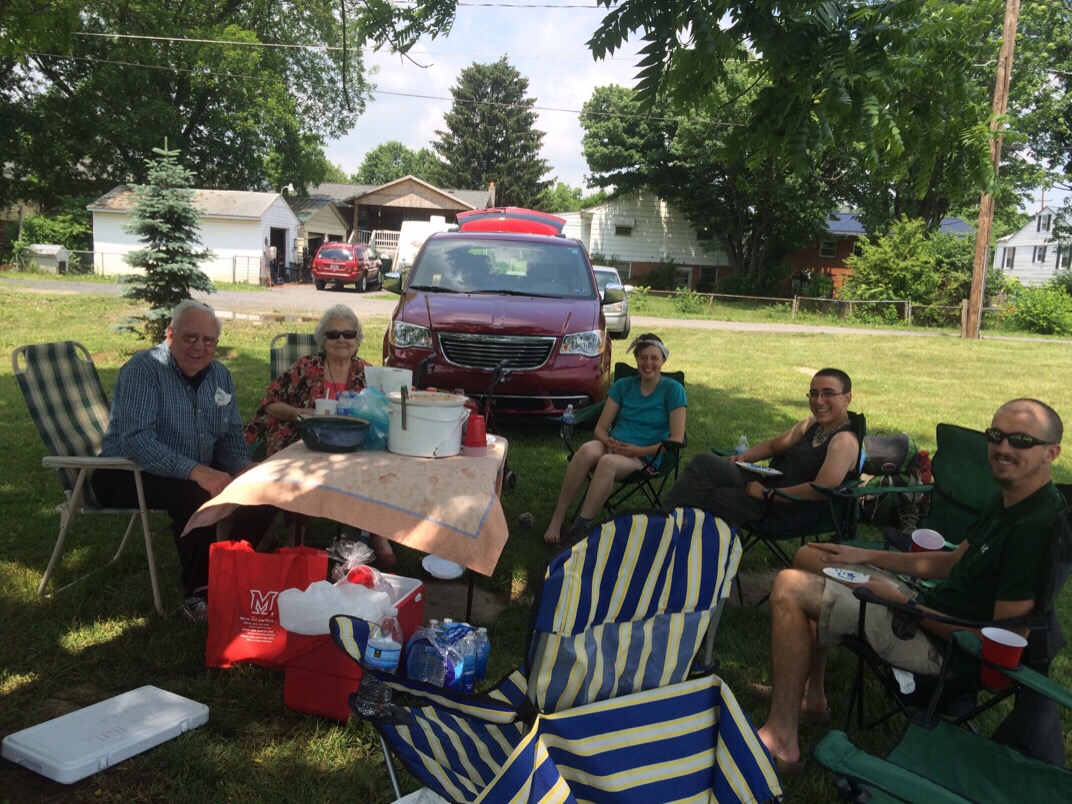 Brisket in the shade with The Potatos, Laces & Pacecar 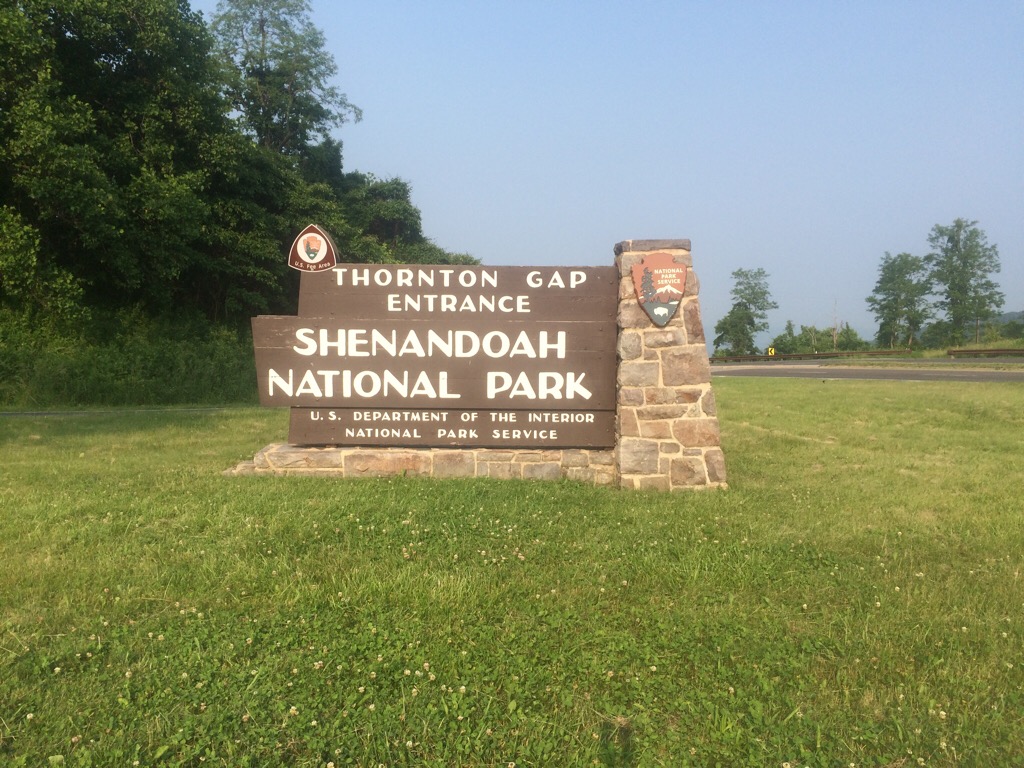 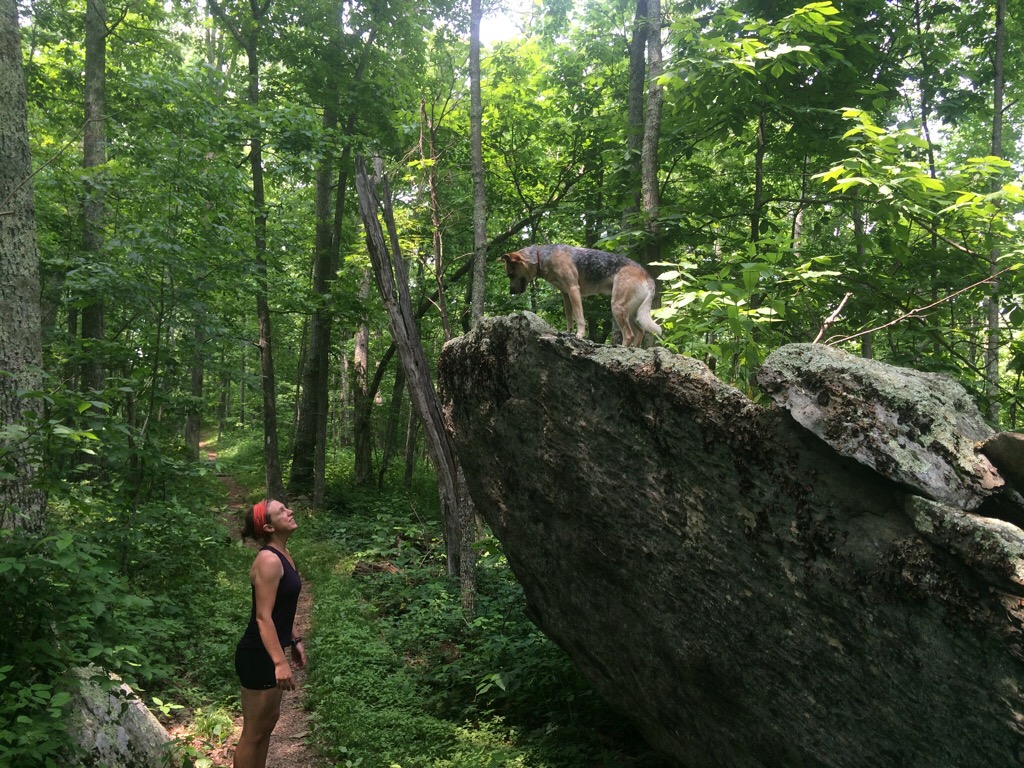 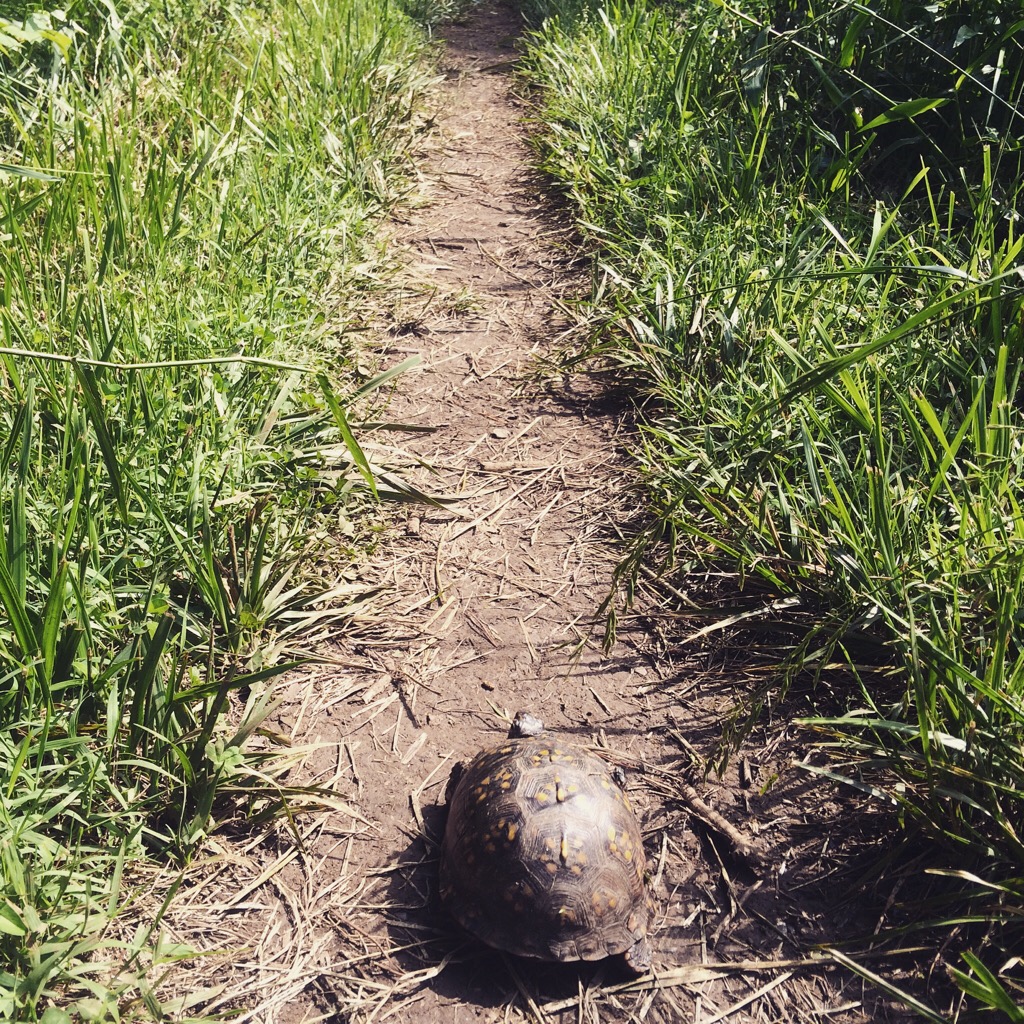 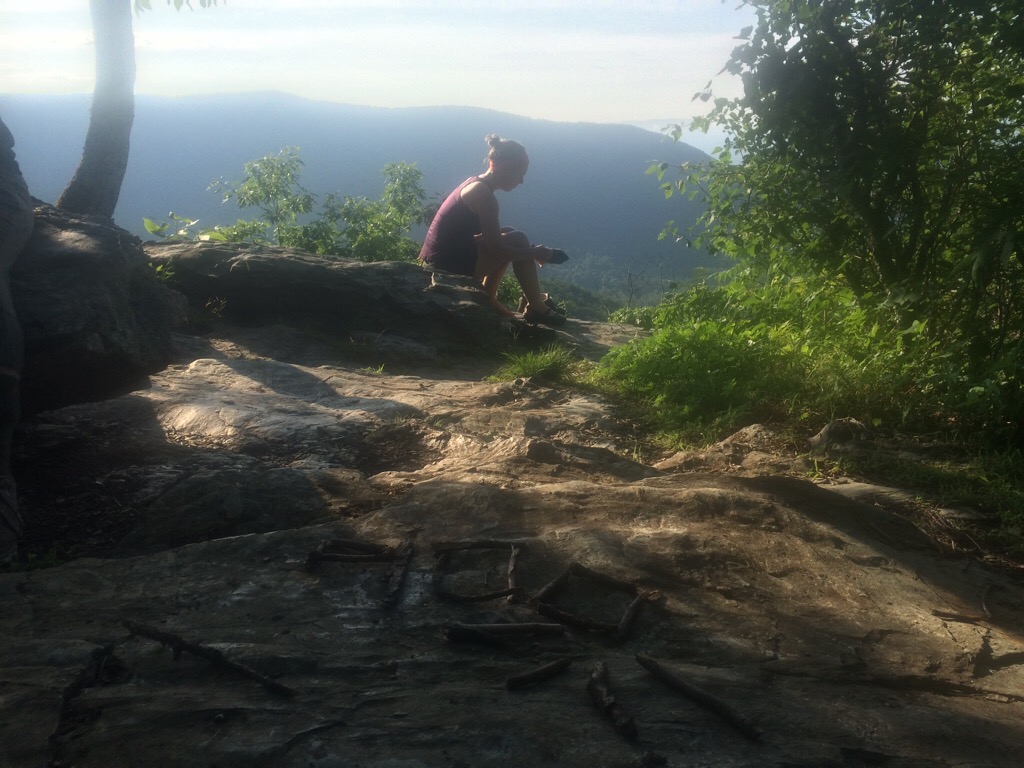 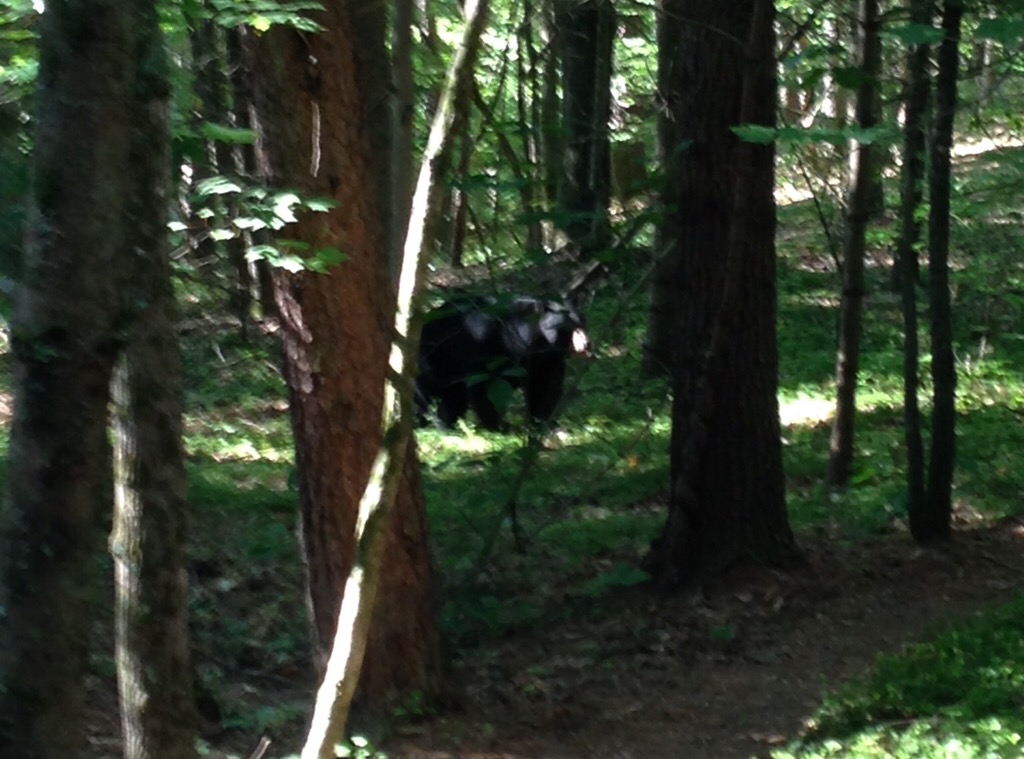 We saw 5 bears!!! This was not one of them. We had to borrow this picture from Cold Potato because we didnt get any good ones…(thx Potato!) 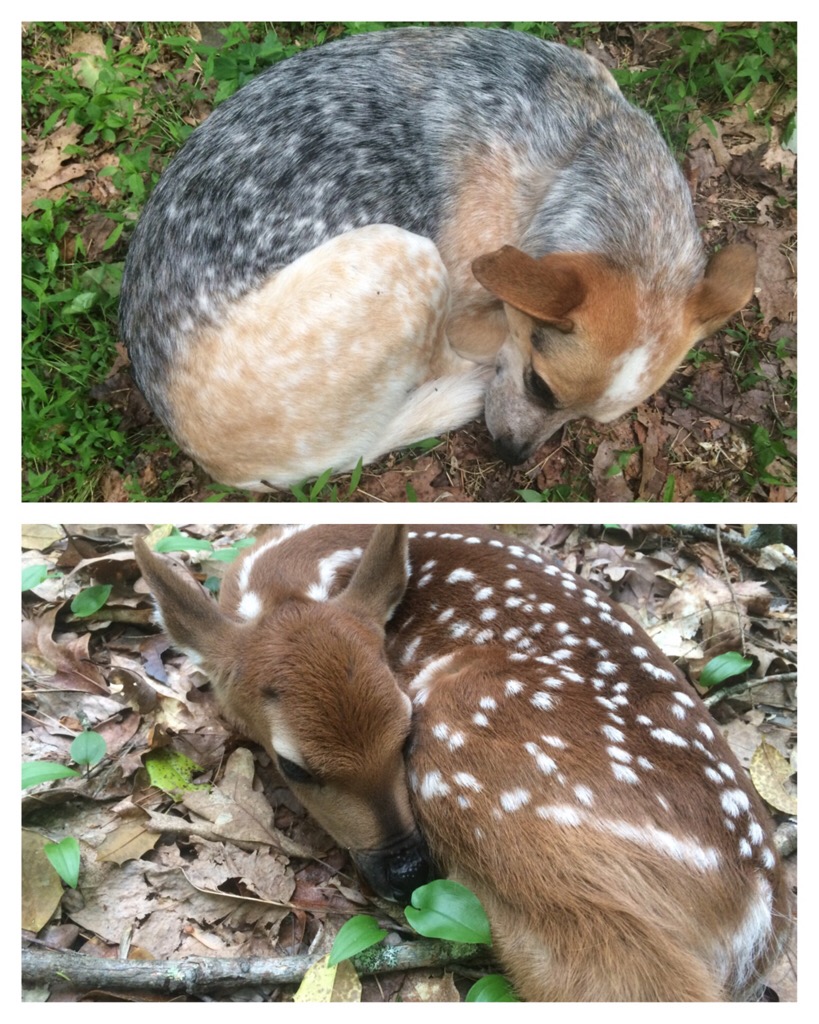 Fawn photo reprise: off the cute-meter! 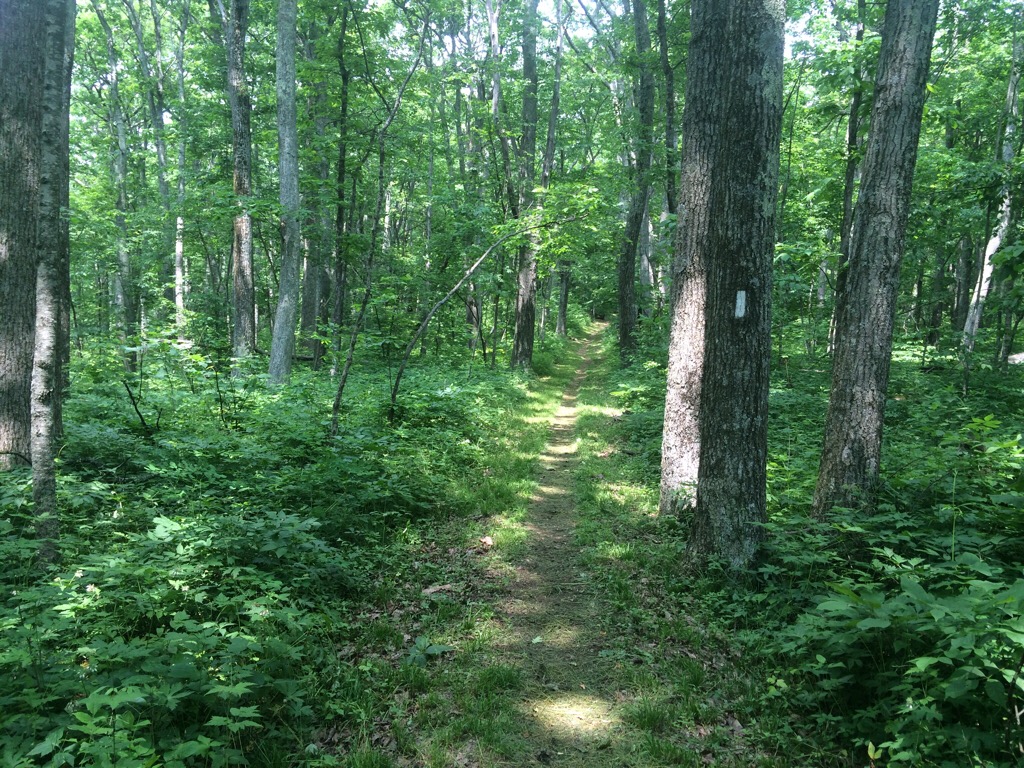 ahhh the well mantained/weed wacked trails of the SNP 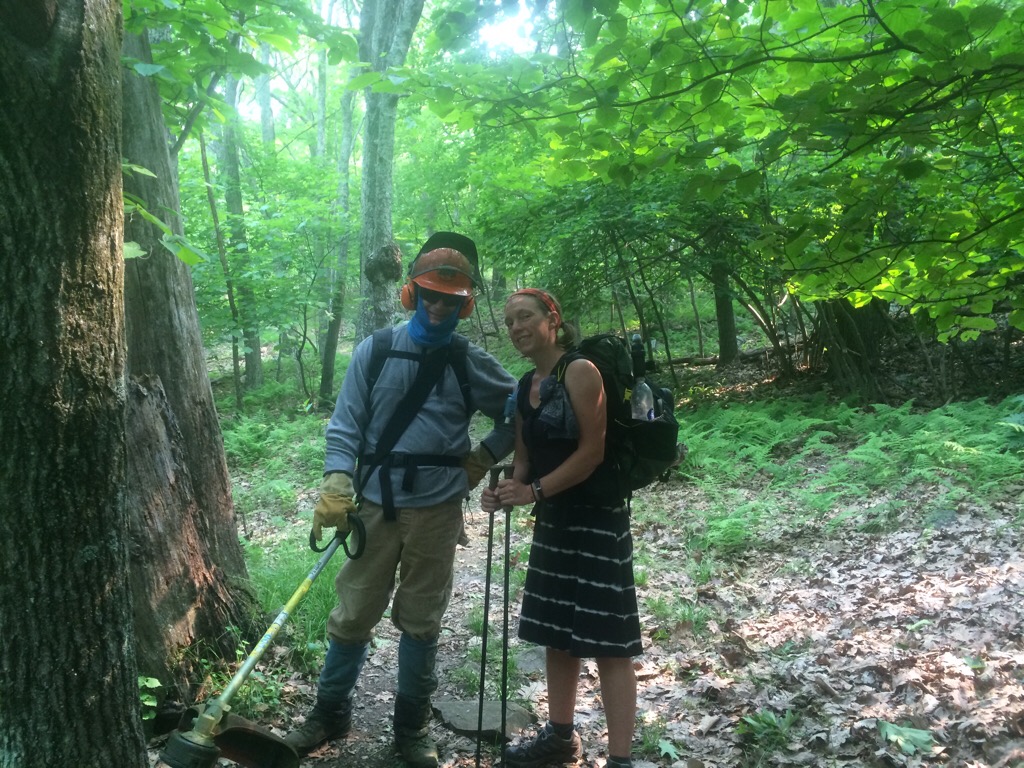 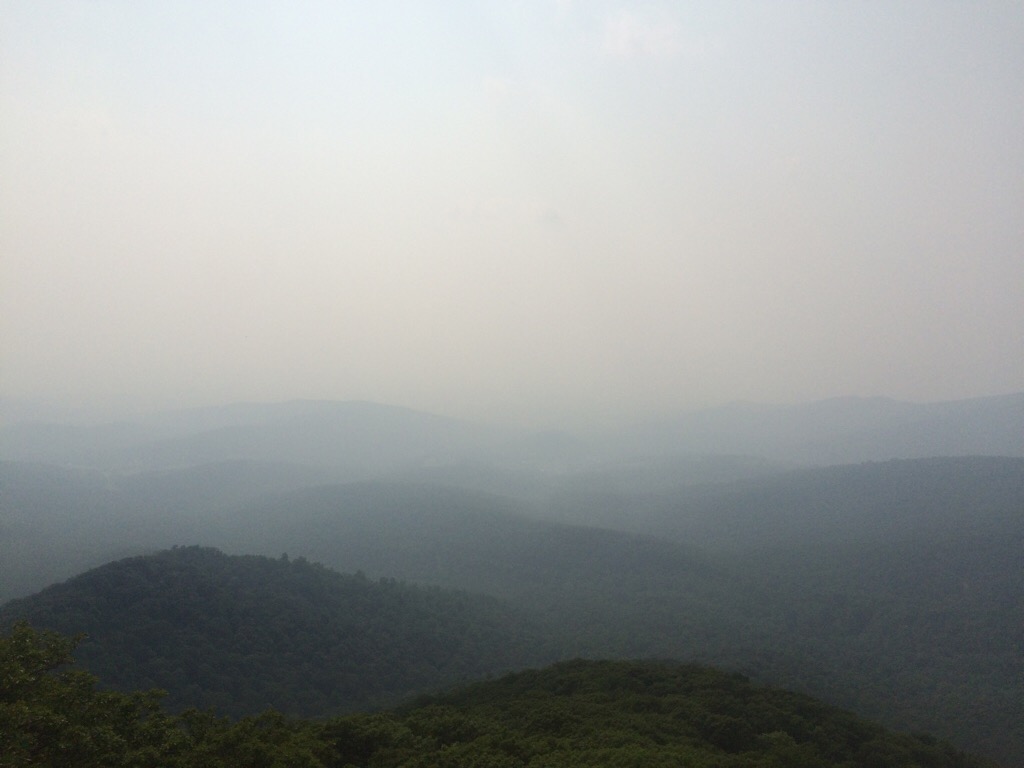 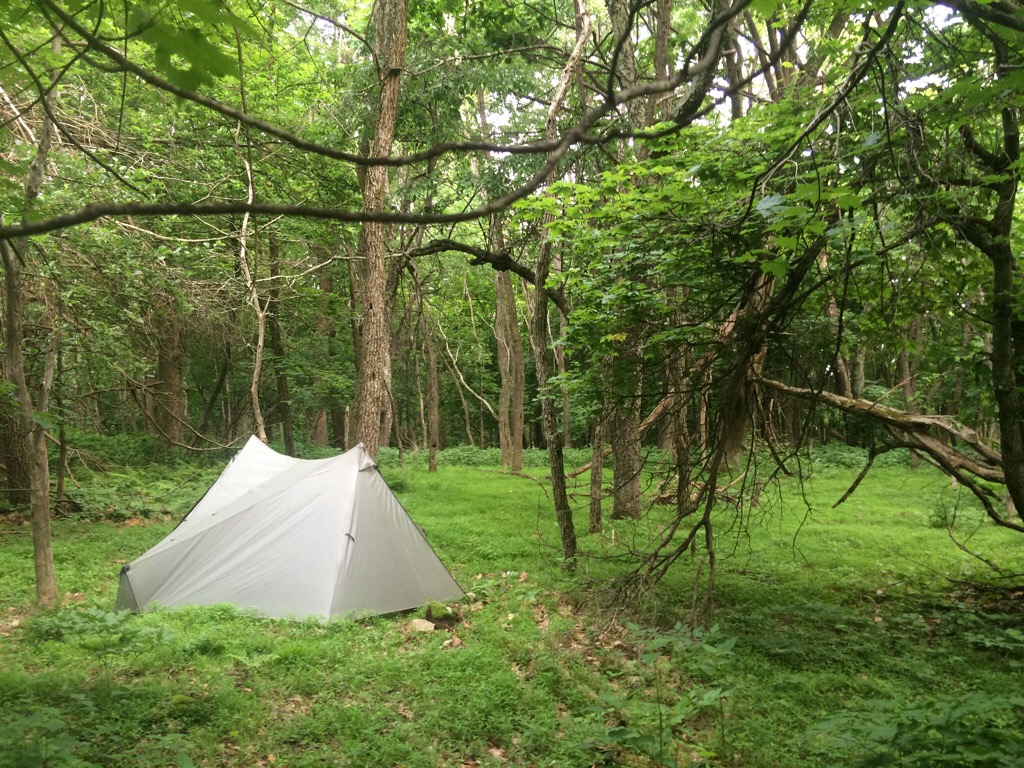 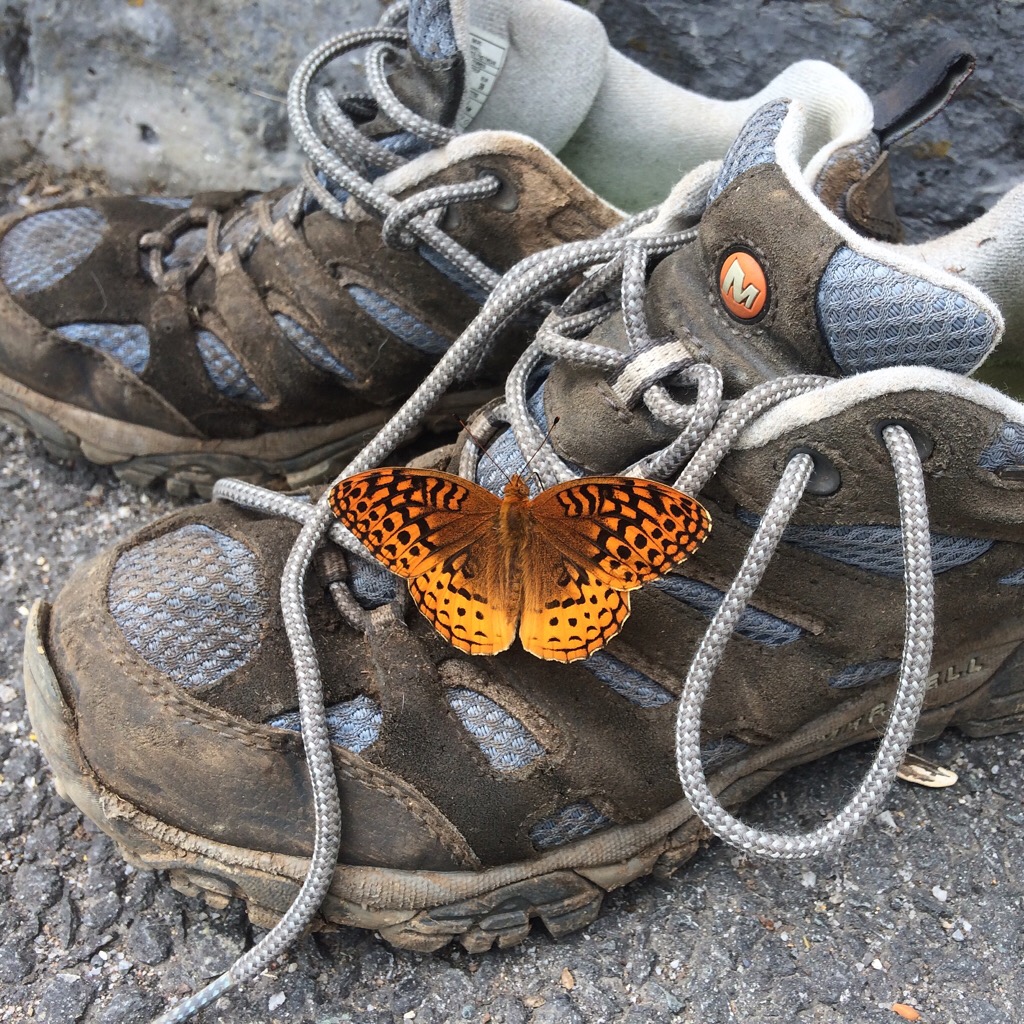 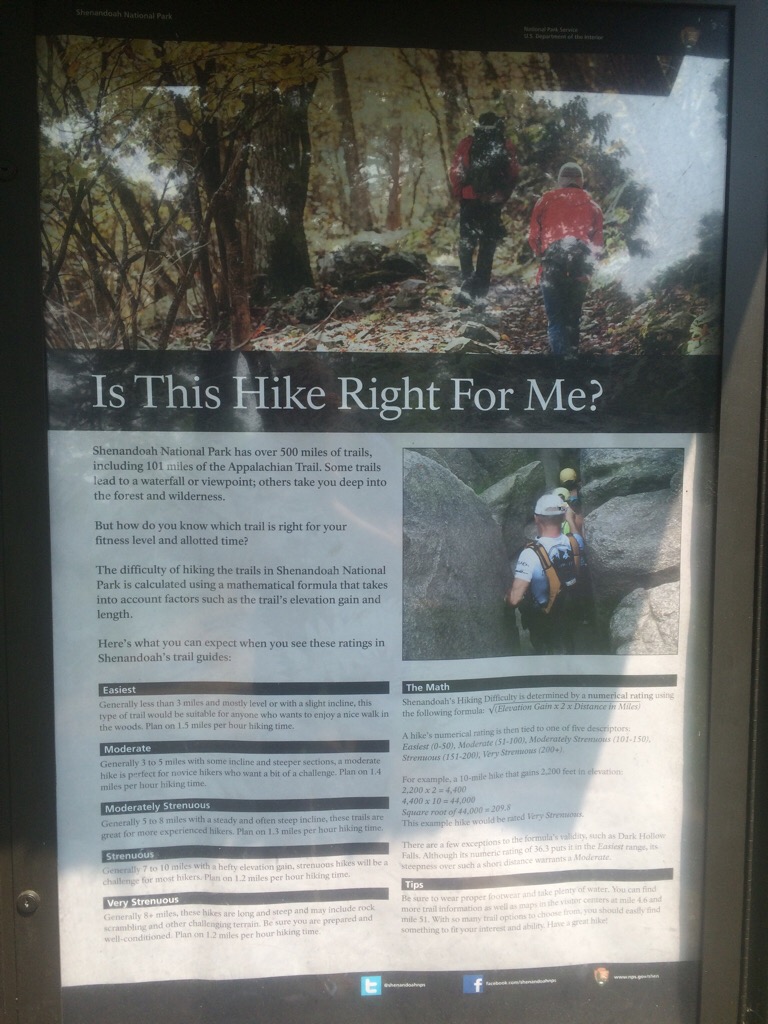 They give you a math equation to determine how strenuous your planned hike is. >240 is considered strenuous. The AT is >4000…..heh heh heh 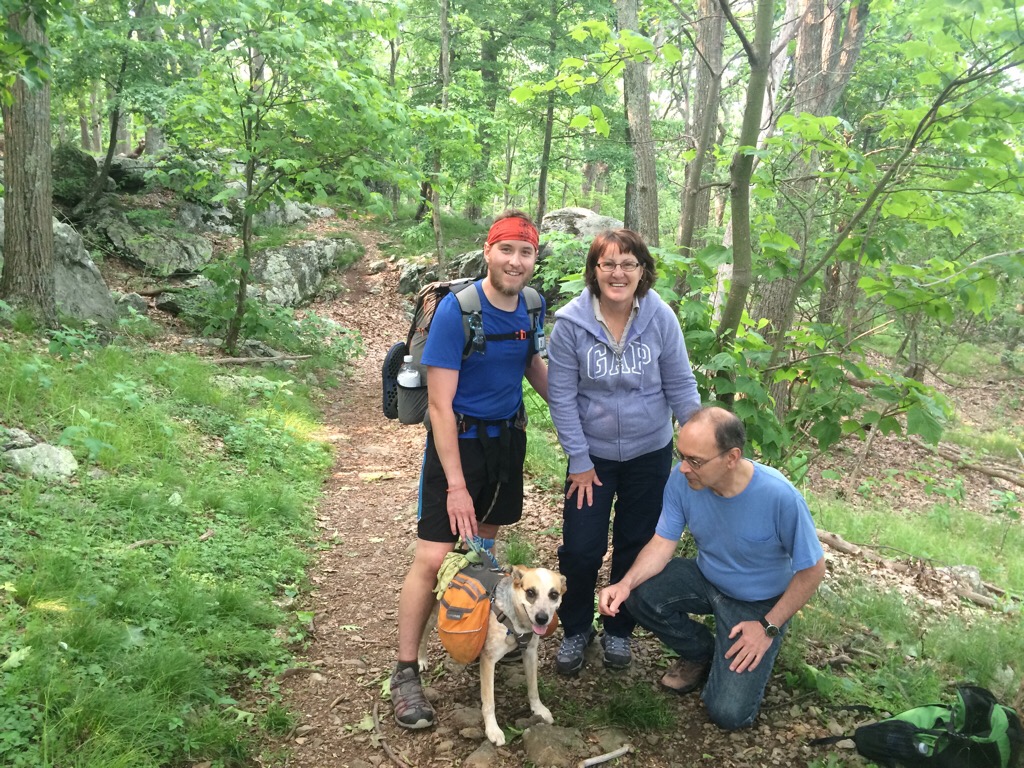 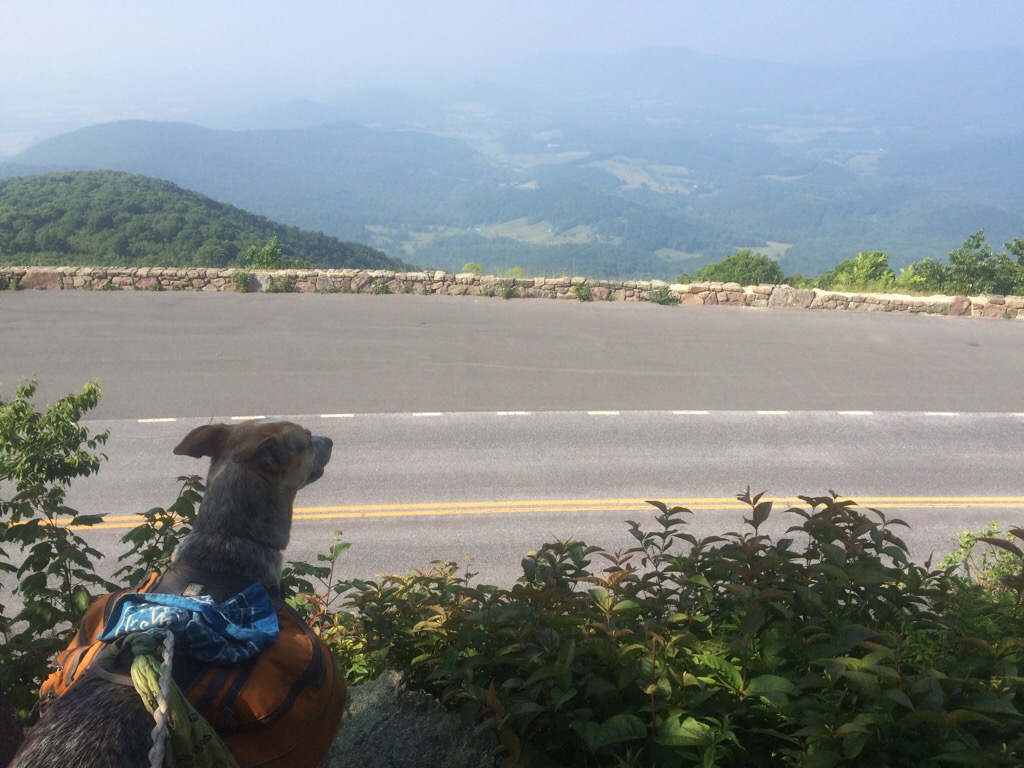 who put this road (skyline drive) in my forest? 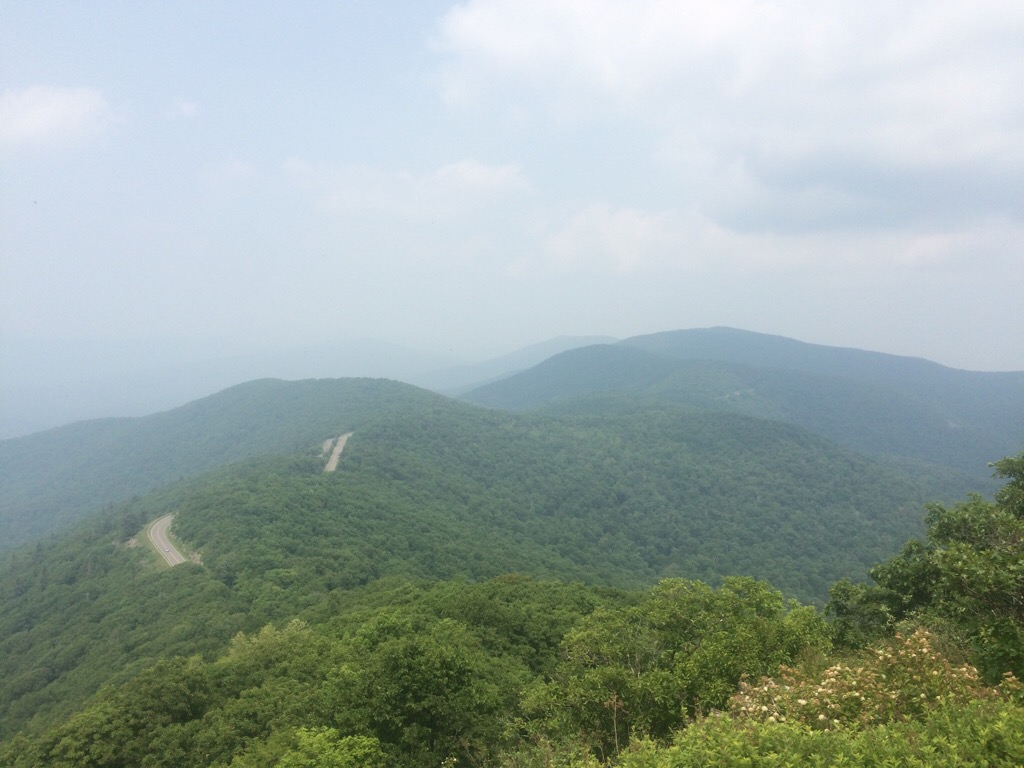 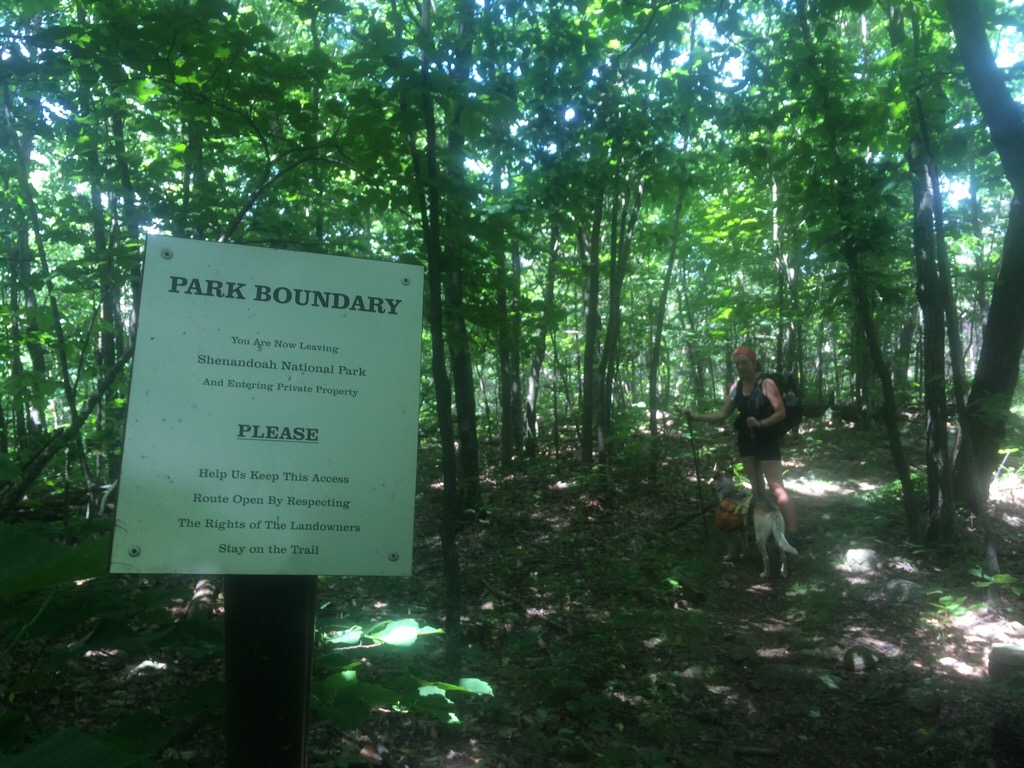 Out of the Shenandoahs and into “The Roller coaster” 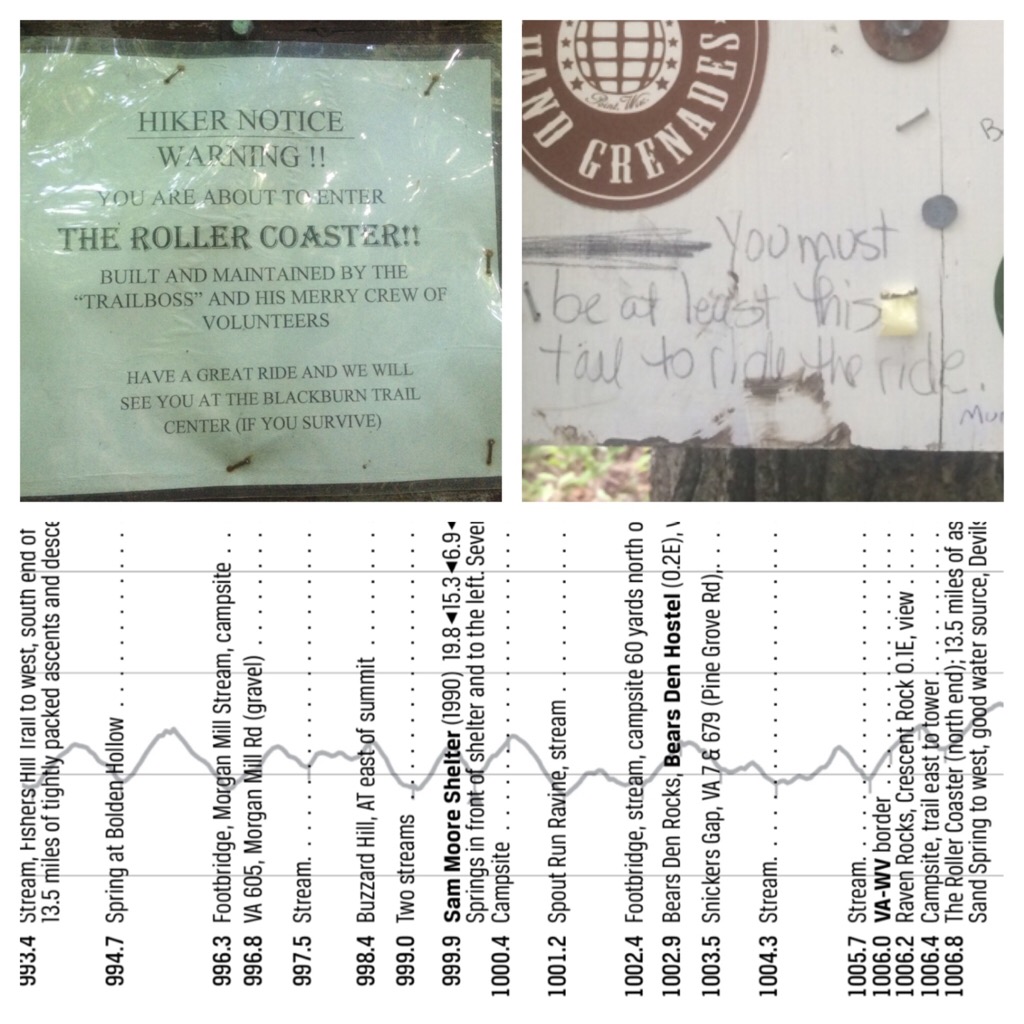 not as fun as you’d think 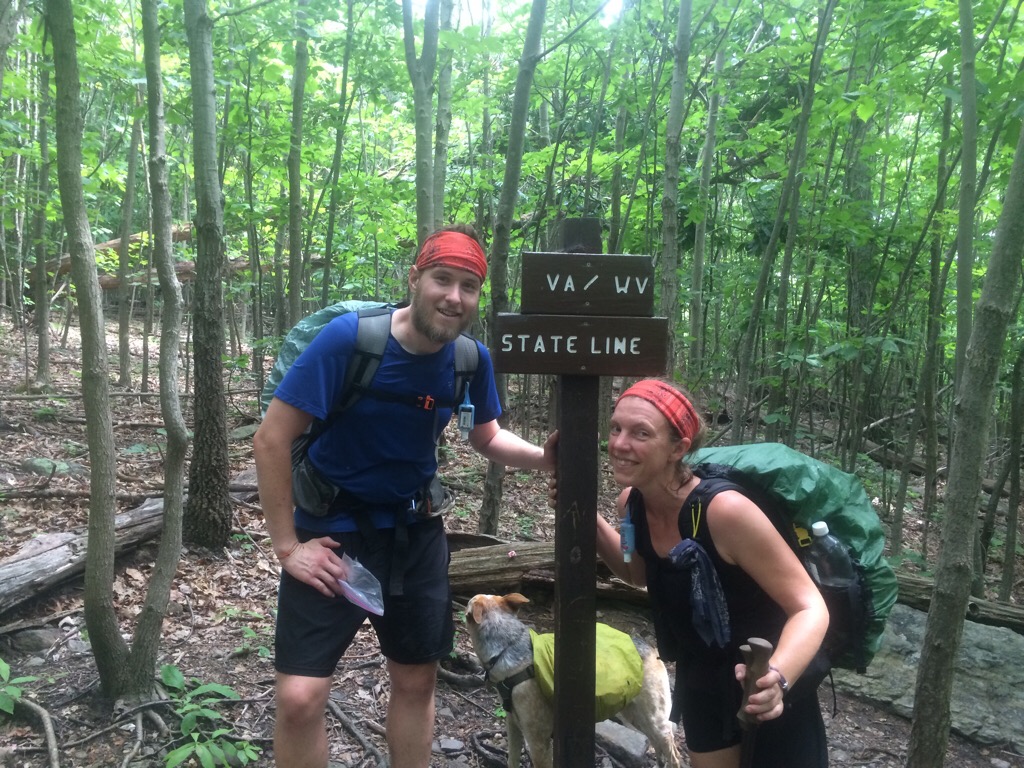 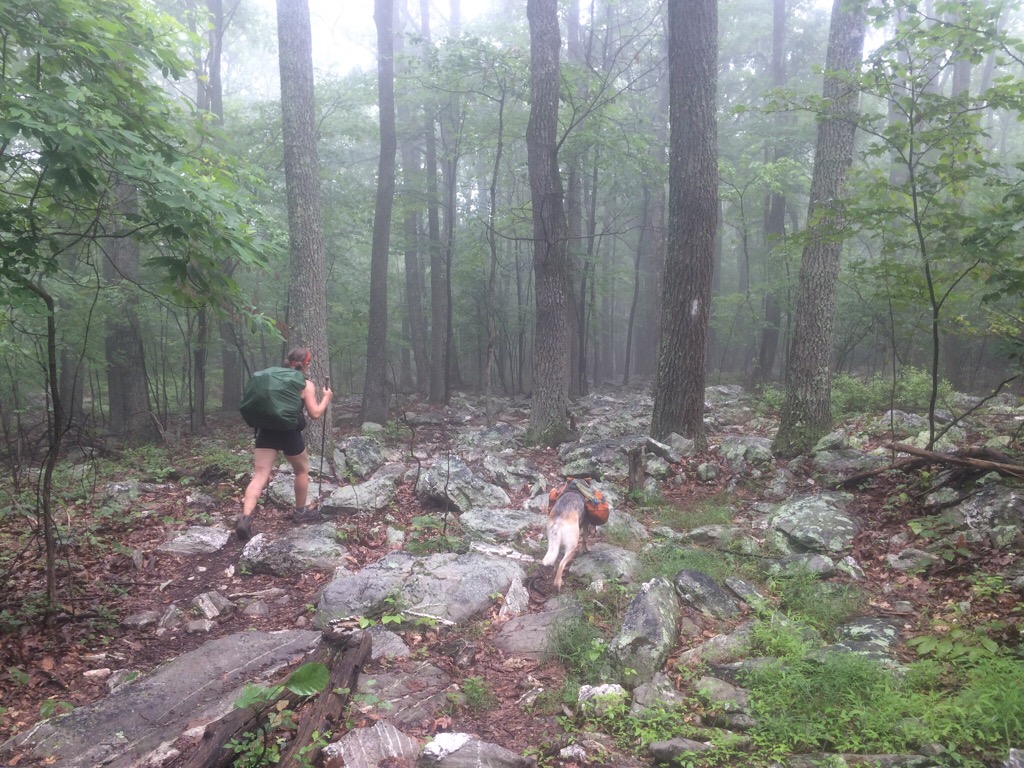 flat trail does not equal easy trail. mind your ankles and into Harpers Ferry we go! 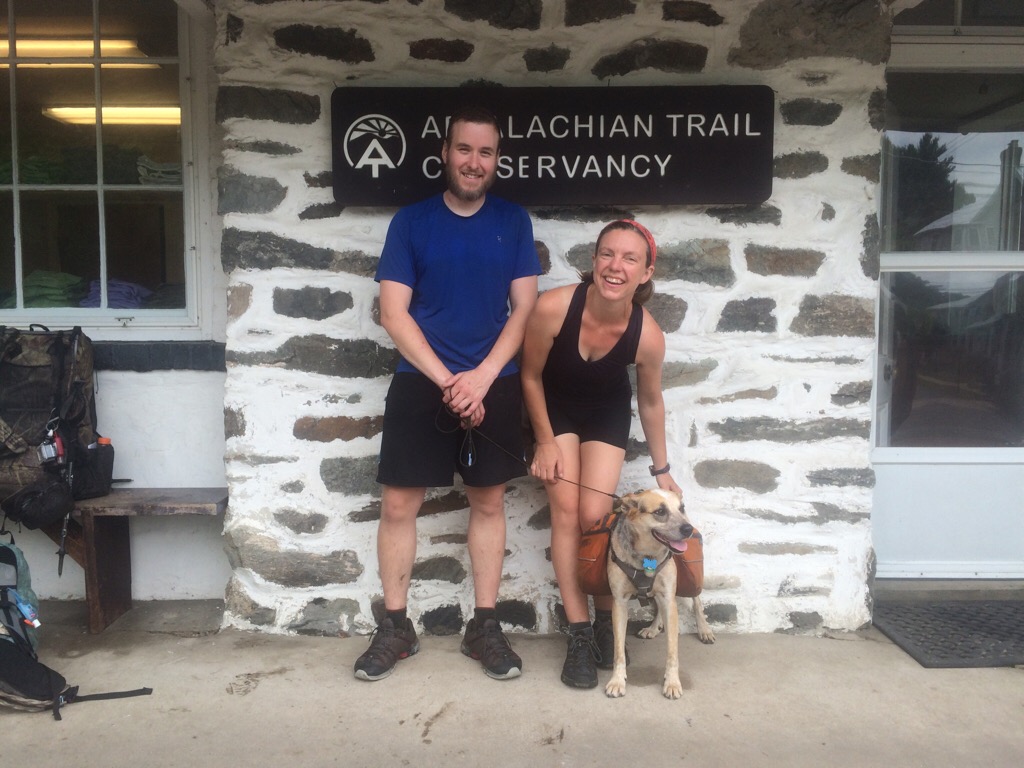 We made it! Still smiling!! 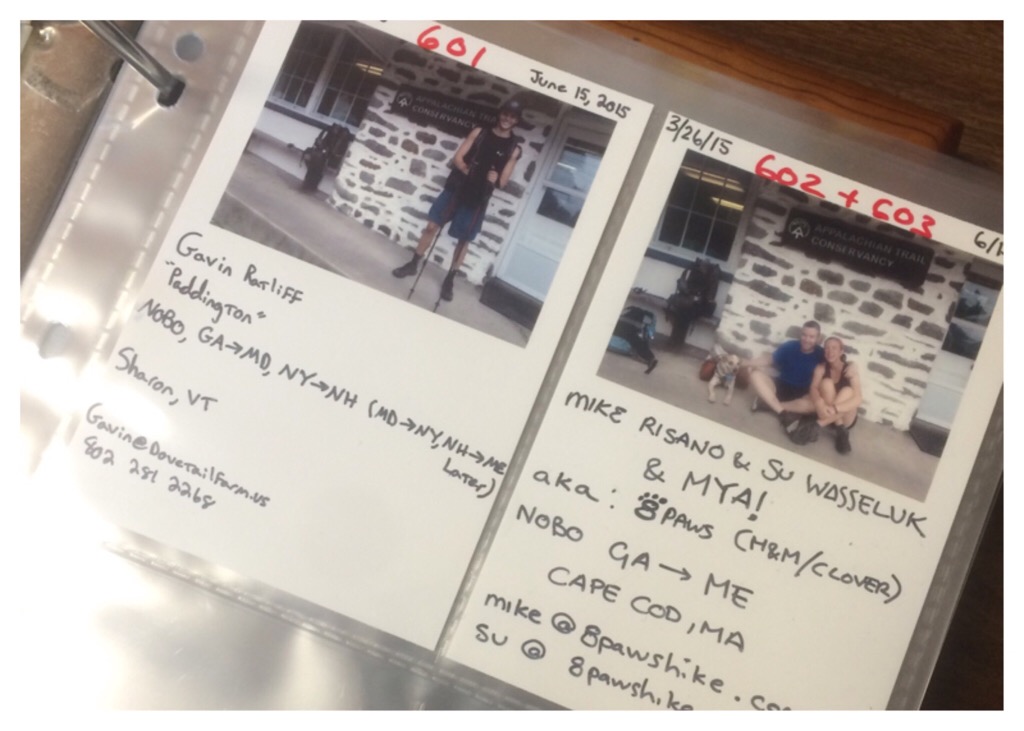 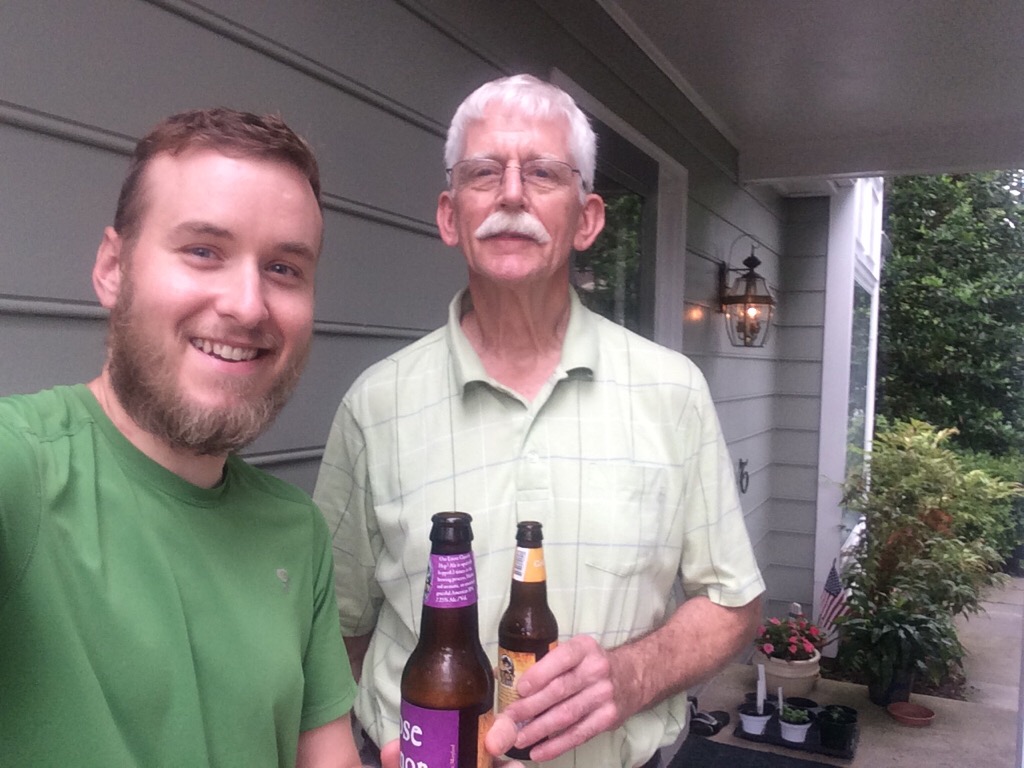 Thanks Uncle Tommy for the wonderful hospitality and time to relax!!